Pinch of Spice was the chosen stop for lunch by our guide when we went to Agra. It had been a long day and a long drive from Delhi and to be honest food was the last thing on our minds. Our thoughts were on the upcoming visit to the Taj Mahal and where the nearest toilets were. But we gritted our teeth and held firm as we perused the menu to find something to eat for lunch. 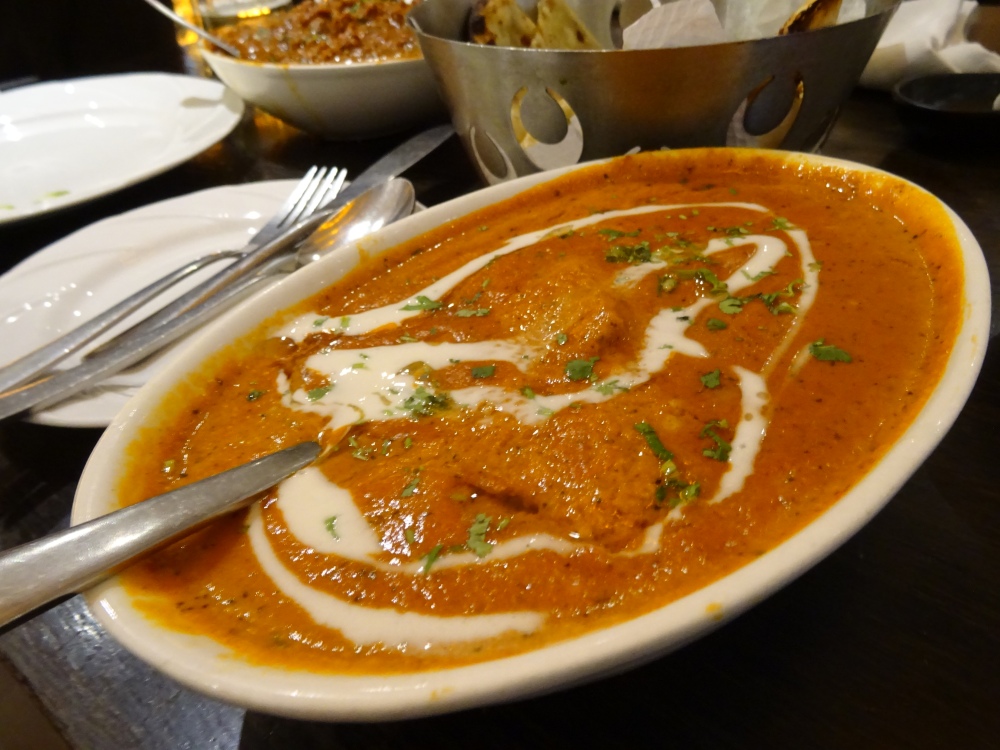 The first thing I saw was the ‘Butter Chicken’, I recalled watching a program on the telly with Gordon Ramsay (Great Escape) where he was given a plate of this dish and said that it was nothing like the Butter Chicken served in the UK. So with that in mind we ordered this to share.

We made sure that we got the one with Boneless Chicken this time based on our experience at the Chicken Inn in New Delhi where we had found it hard to share a chopped up chicken.

The next choice was a total gamble, we had got the chicken dish sorted so now wanted to try something different. The ‘Rarha Gosht’ kind of jumped out at me from the menu. ‘A combination mutton minced and mutton pieces cooked in Indian Spices’. Well I had not had this before and I like Mutton so why not?

The waiter looked me up and down as I ordered it, explaining that it was very spicy Sir, he looked slightly uncertain when I dismissed his advice and said that was fine and that we would give it a go anyway. 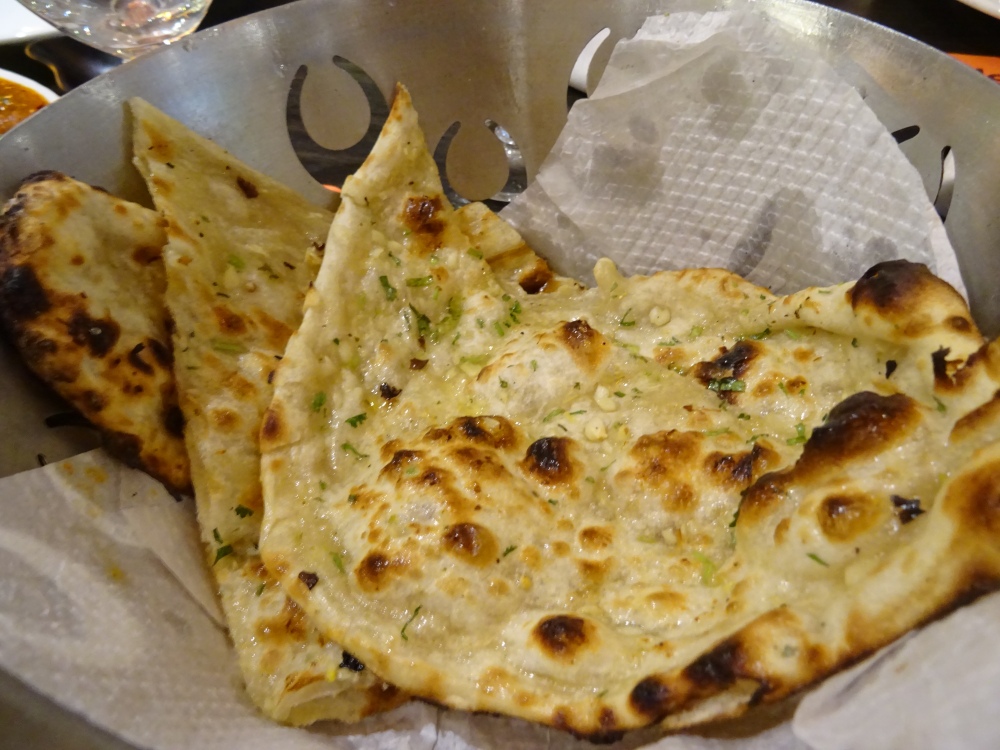 The Garlic Naan was so good. It was almost criminal to eat it as it looked so amazing in the bowl. The smell of the freshly cooked bread and the light char was so enticing. You just don’t seem to find bread like this back home (well I don’t anyway).

The butter chicken was really nice, it was in a nice creamy sauce, not too spicy, a fair amount of chicken and a much lighter feel than the rich sauces we get back home in the UK. The Mutton dish was as promised very not and it was a bit unusual and as hoped quite different.

The mutton was mixed some minced up keema style and some in bit fatty chunks on the bone. The thick brown gravy was realty spicy and it needed the lighter accompaniment of the butter chicken alongside to add some respite.

Part way through we ordered more beer and soft plain white rice to counter the spice. I liked it! 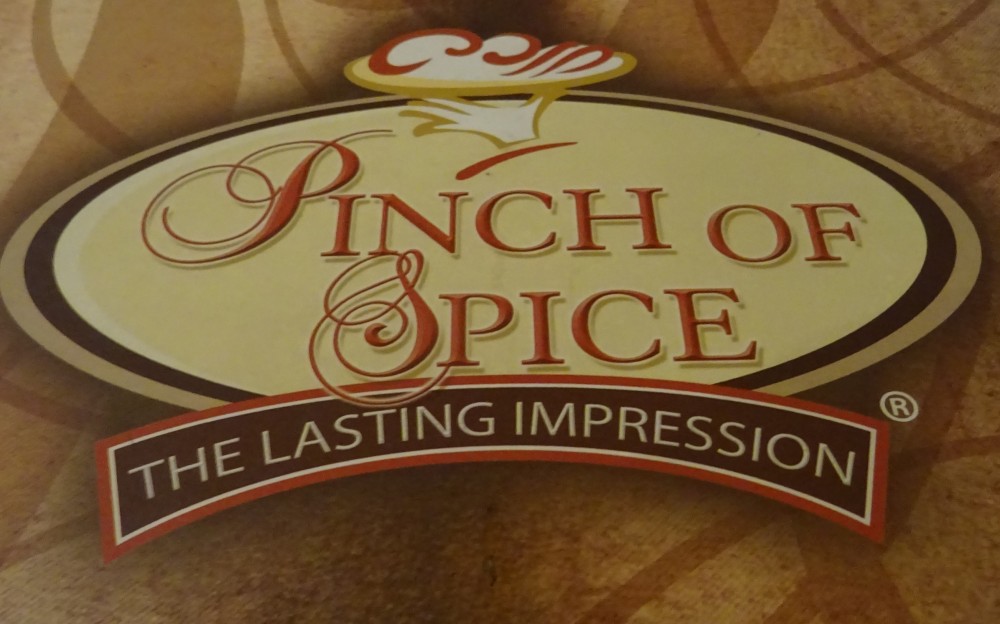 The registered text on the menu suggested that the Pinch of Spice would leave “The Lasting Impression”. It certainly left me with a memory of that seriously spicy mutton dish. I wasn’t sure that my stomach or indigestion system was that keen on the level of spice I had given it to cope with. As it happened both dealt with it very well and my abiding memory was just of the lovely warmth and tingle it had given me

Ok so the guide took us here and it would not have been my first choice for lunch, but it all worked out Ok and we got to try a new dish

We did make it to the Taj Mahal a little later on in the day!