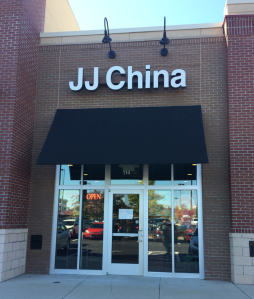 J J China in the Food Lion Shopping Centre in Morrisville is a pretty good place to pick up a bit of American Chinese for lunch, and also maybe a snack to take home as well. While I was living over in the area I found myself partaking of their fare on more that one or two occasions. I feel the need to share some of my lucky finds 🙂 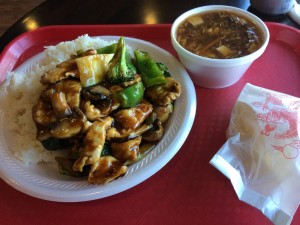 The first time I came to JJ China I selected something from their ‘Lunch Special’ menu which they price at $6.29

I ordered the “Chicken Hunan” which also came with ‘broccoli, green pepper’ and a side of ‘plain white rice’ and a bowl of ‘hot and sour soup’

The soup was half decent, perhaps a bit light in spice, but nice enough. The Hunan had lots of silken chicken and mushroom, but the broccoli is rock hard and you only get a plastic fork, or chopsticks (if you ask) so tricky to chop up. It was jolly tasty though!

Did I also say that it came with a bag of your basic US style prawn crackers in a bag? No probably cos I am not a fan 🙂 but it is a bonus touch too. 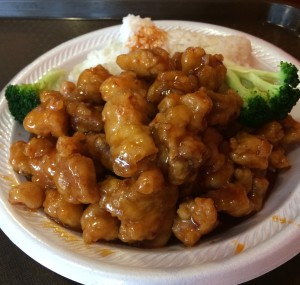 Chicken, fried chicken Chinese style in sauce, so we are talking General Tso one of my favorite American Chinese dishes! This version was a fairly decent effort, plentiful and cheap was a good start 🙂 It was not as spicy or as ‘red’ and ‘sticky’ as I like, but for a lunchtime special it was perfectly acceptable.

This also came with soup, rice and crackers, to be honest though, I just stuffed down the crispy chicken 🙂 #glutton 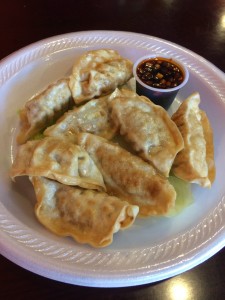 I love my dumplings so had to come for lunch to get some fried dumplings, not amazing but did the job

I honestly think the ones I cook are better  check this -> 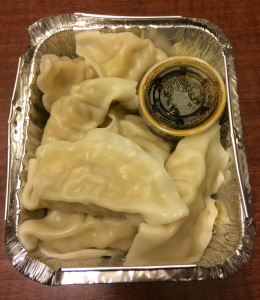 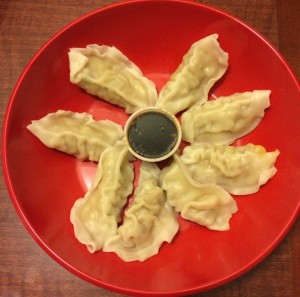 They look much better in my red bowl in my hotel room, #traveller 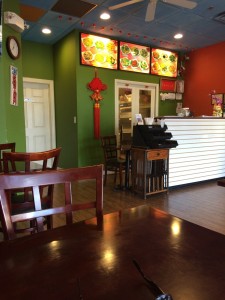 There is not much room inside JJ China, just about 4-5 tables and a couple of stools to prop up on

Usually there is space though at lunch, unless the construction workers are in, then you have to get all friendly

JJ China is located at