Gourmet Express by Ainsley Harriott was one of the first cook books that I bought, and that I actually used, to cook food at home when I was entertaining. I dusted it off a couple of weeks ago and found inside some forgotten memories of meals that I had cooked for my flatmates when I was working in Aberdeen back in the early 00’s.

I even found the book marks inside from the last meal I cooked from that book. Just for old times sake I thought that it would be fun to cook those meals again and see if the recipes had stood the test of time.

So what was on the menu?

This was to be the final plate which actually looked in the end like some thing I would have got from one of the taverna’s on one of those Greek Island holidays that I ‘may’ or ‘may not’ have taken in Cyprus or Corfu in the 90’s. 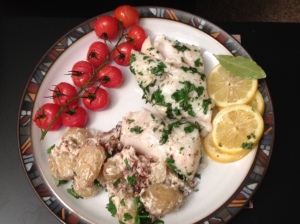 But how did we get there?

Basically everything that you need is on the board above. Parsley, Lemon Juice, Garlic, and Salt and Pepper. 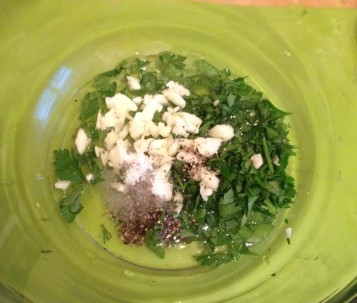 You mix together the Garlic, Parsley, Olive Oil, Salt and Pepper.

Then you just rub the mixture over the cod fillets and leave to marinade for about 10 minutes or so.

Basically about as long as it takes you to finish that first glass of white wine that we both know that we are going to be sipping at this moment in time.

Then it is just a case of putting layers top and bottom of bay leaf and lemon slices onto baking tray with the Cod Fillets before baking in a hot oven at 220C / 425F /Gas7 for about 8-10 minutes.

Back in the day one of the most popular sides to go with that Cod was Ainsley’s New millennium posh potato salad. Also pretty easy to make and despite the anchovies was still worth a go. So how did we make that then?

It might not be much of a looker presentation wise but it is one heck of a tasty fella. Basically there a just three steps and only a minimal bit of cooking. It will be no surprise that you need to boil up some new potatoes, so just get that going why don’t you. The other main bit of marginal cooking it to fry up crispy bacon. 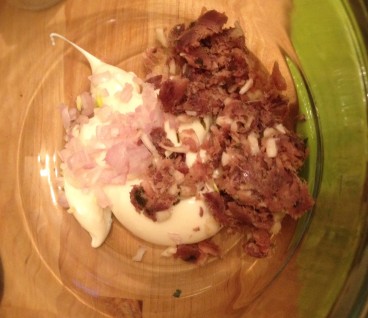 You need to mash up anchovies (about 4), then mix with a clove of crushed garlic, and 4 tablespoons of mayo

After that it is just as simple as mixing all of that with the new potatoes while they are still warm, and mix in some thinly sliced salad onions. Now back in the day I was probably just using a couple of crispy rashers of bacon, but these days I would be using some cubed pancetta or bacon lardons which are pretty easy to find. Get smoked if you want a better flavour.

Either way it is a pretty tasty side dish, and even after all these years I was surprised at how good it still was and how simple and easy it was to make.

The dish as it should look 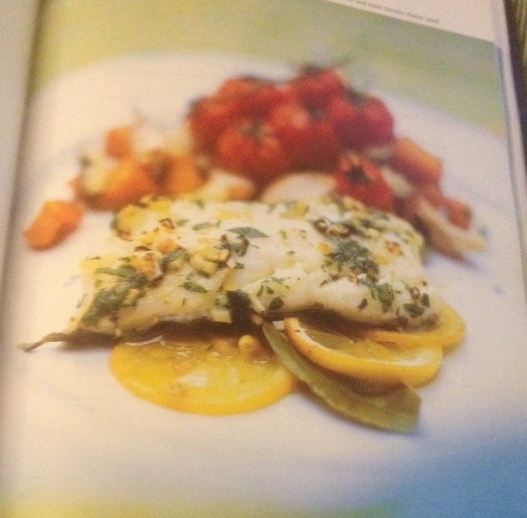 So there you have it, al little bit of Old Skool cooking inspired by Ainsley Harriot, one of the guys who got me up at the stove trying to cook and starting me off on the journey of hunting for food and recipes.

I have seen copies available in Oxfam