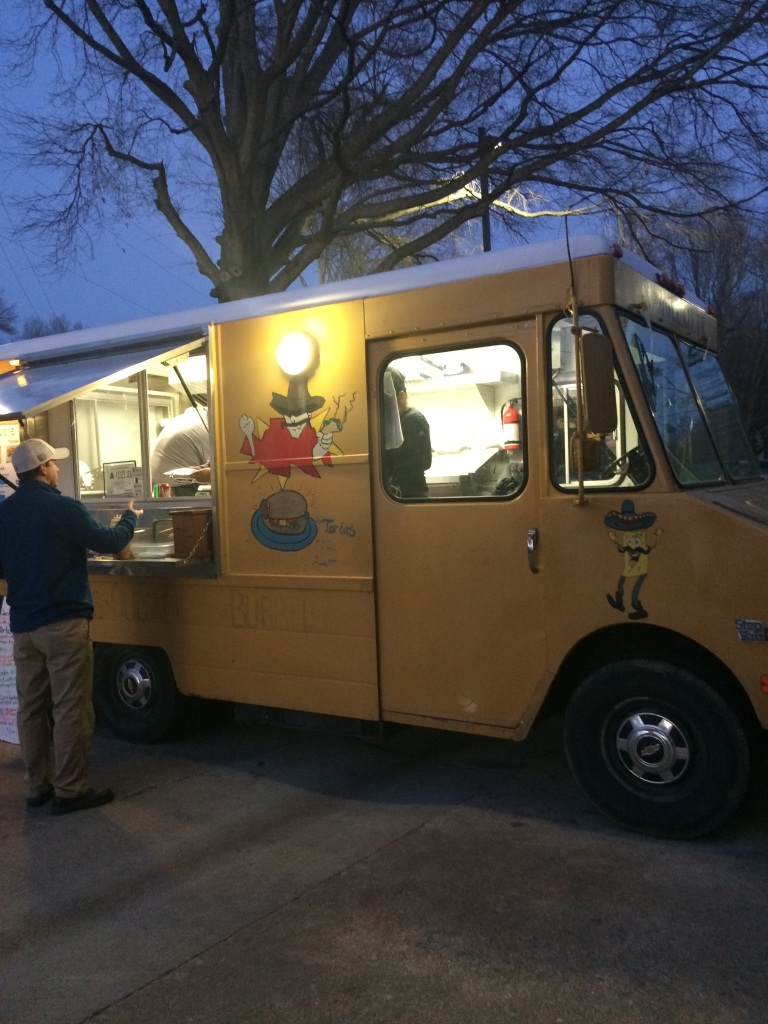 The El Molcajete Taco Truck was one of the featured Food Trucks at the Bond Brothers Brewery last week. They spent the day on Saturday filling us up with awesome Mexican fare to soak up all that beer. I had read on the Bond Bros website in their happenings section that they were coming, so I took a stroll in the sun to track them down.

They were serving up all the standard classics: Quesadilla, Tortas, Nacho’s, Burritis and Enchiladas all for $8 each. As soon as you reached the window on the truck you got that feeling that this was going to be some serious authentic food. There are no hipsters on this truck, just the real deal Santiago family serving up a whole lot of traditional fare.

I really have started to get into these Tacos so I ordered a couple of those for $2.50 each.

The Shredded Chicken Taco (or Pollo) and the Chorizo taco were my choices, both coming on two soft corn tortilla with a scattering of chopped onion and cilantro. These are the real deal indeed, my fave of the two was the chorizo taco as that smooth almost paste like sausage meat was both spicy, sweet, and tangy at the same time. It was better than a lot of chorizo I have eaten recently and has reinvigorated my love for this much scorned and maligned meat.

The shredded chicken was good, and plentiful, but I think I should have added a splash of one of their spicy sauces to liven it up a bit. It just needed a little bit of something. Don’t get me wrong it was still pretty good, just alongside that chorizo taco it was not able to compete.

To wash that food down I just had to have one of the excellent beers from the Bond Brothers Brewery as I sat out in their beer garden. My beer of choice at this place was the Cary Gold which untapped describe as “The easiest drinking golden ale around. Based on an historic style of beer brewed before prohibition.” I find it to be a nice creamy golden ale and it has become one of my go to beers at the brewery.