On our last full day we went to Connaught Place in New Delhi which they say was modelled on the Royal Crescent in Bath England. It is a set of shops laid out around an inner and an outer circle all built in the Georgian style.

If you can put to one side that it is filled with shops such as Nike and Adidas, then you will love it just like we did. Just think of the past, think of the former grandeur, and take a stroll with the masses.

Although out taxi driver guide tried to put us off going there, we still went as we really just wanted to be able to see the place and try to picture in our minds what it must have been like back in the late 1920’s when it was first built.

I really did not expect to find myself outside a Dunkin Donuts!. OK so maybe to be strictly accurate this was a ‘Dunkin Donuts & More’ store, this is so not India? or perhaps, it is?  Is this is part of the New India? It was not the only Western brand that we saw, and it was packed full of young Indian professionals getting their coffee and donut fix. 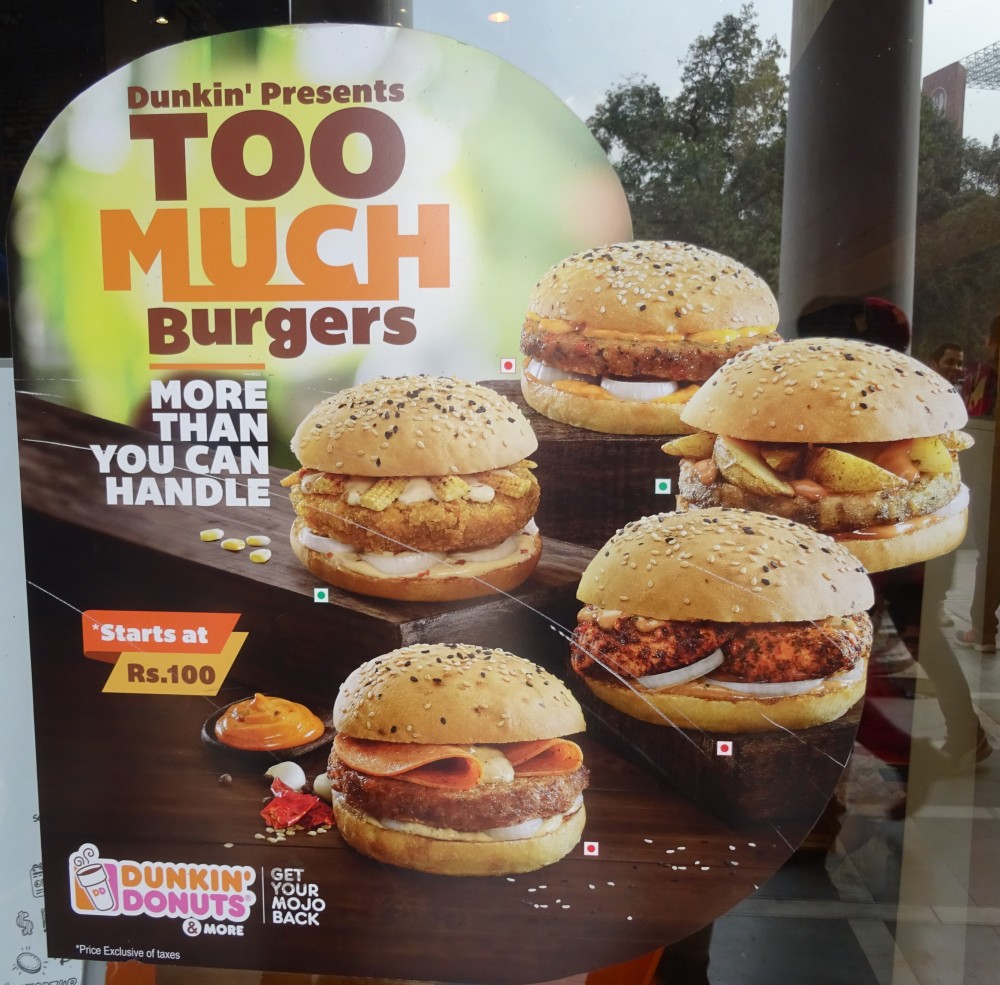 While I thought it might be a good idea to contemplate going inside, I felt a little bit as if I was betraying MyFoodHunt dreams in India, but you have to understand, I felt torn between two cultures the USA and India, neither of which I was born into but both of which I have fallen in love with.

Is this right? Can I really get a fix of the USA in Delhi? Oh what the heck I am going in and I am going to be loving it (wrong ad campaign), perhaps I wanted to see if Delhi was ‘Running on Dunkin’ 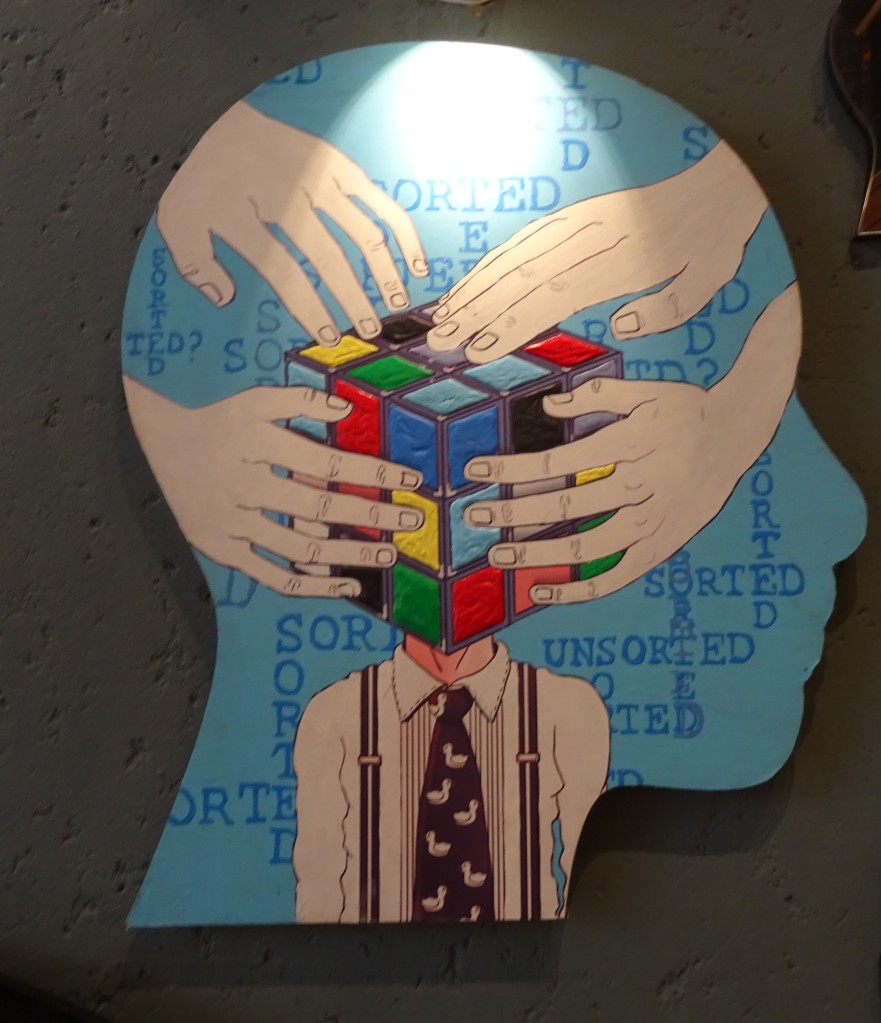 Inside the artwork matched my own mind. Sorted or Unsorted what is going on, just like a rubix cube master it took me less than 10 seconds to solve the puzzle in my mind; ‘I am getting a donut and one of those burgers and a Latte’ and I will justify it all later (way way later!) 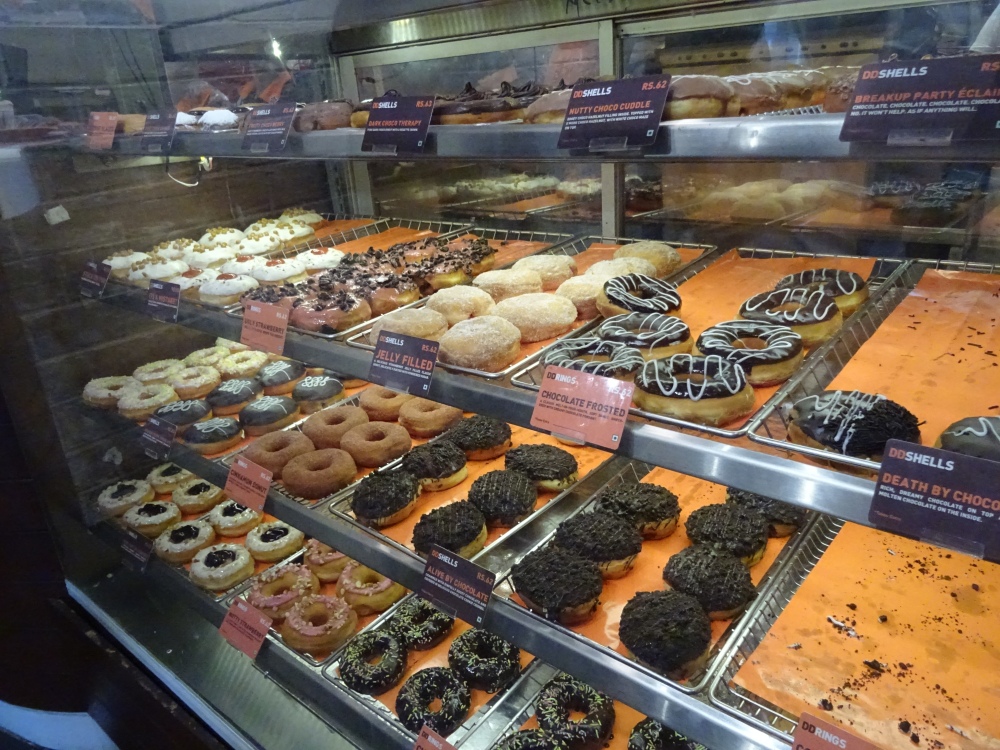 Just like any other Dunkin Donuts I have been into in the States the one in Connaught Place has a counter filled with so many donuts it is infeasible to choose one.

What are we doing? Well what we are doing is ordering one of these sweet treat beasts and walking away from the counter with all (or some) respect intact 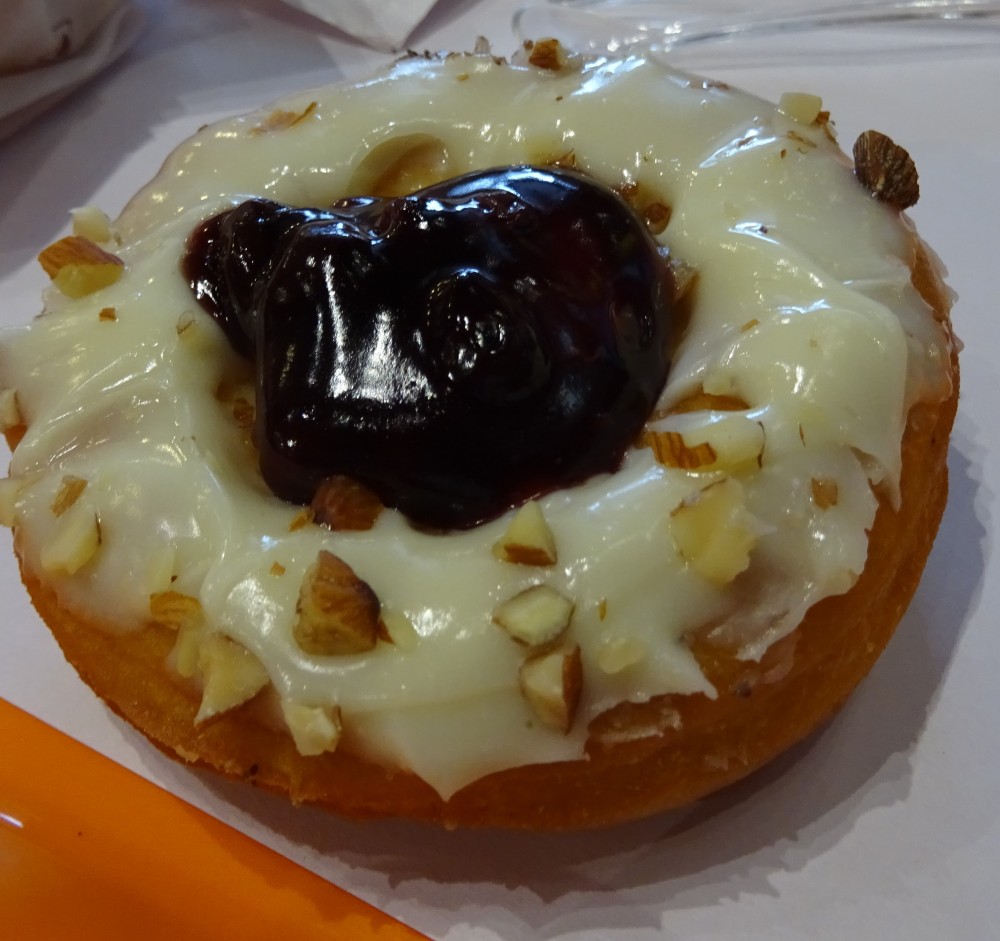 OMG this tasted and ate just as it looks. A great big dollop of raspberry jam in the middle, some sort of sweet frosting topped with sprinkles of hazelnuts.

This was way too sweet, and I mean way as in ‘somewhere out of sight down the other end of the counter where no-one is standing’, perhaps even ‘next door in a different shop!’

Look we know it is wrong, but we also know that it is so right at the same time! 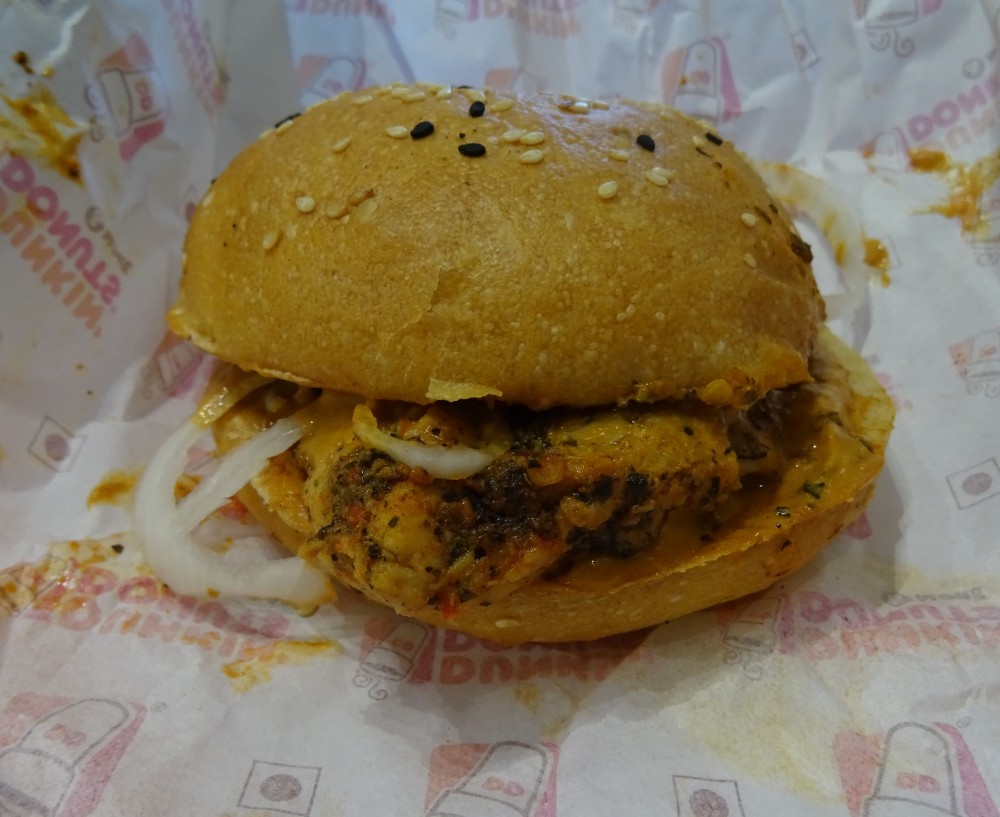 OK Now it is time for the savoury, or in this case the ‘Spicy’. I had not seen burgers (or chicken sandwiches) before in Dunkin Donuts but I was up for the challenge of a trying one out for a little taste.

I have to warn you that this is one spicy, almost painfully spicy, sandwich. The chicken fillet is coated in a sauce filled with fiery chilli, raw onions add crunch, and a spicy sauce aka chicken tikka style packs in even more heat.

The soft bun topped with black and white sesame seeds adds a tiny bit of respite, but not enough to save the taste buds on your tongue.

I really liked it, there was no backing down when you eat this beast! and at just under 150R it was good value too

I am slightly embarrassed to blog about Dunkin Donuts, but you know what it was just as much a part of MyFoodHunt adventures in India as every other place that I have posted about, so by the end of this sentence I have no embarrassment left!

Located at N-6, Connaught Place, New Delhi  just walk the rings until you find it